The pro-Yulia camp - and a Georgi Gongadze Sep. 16 memorial poster - on Khreshchatyk: 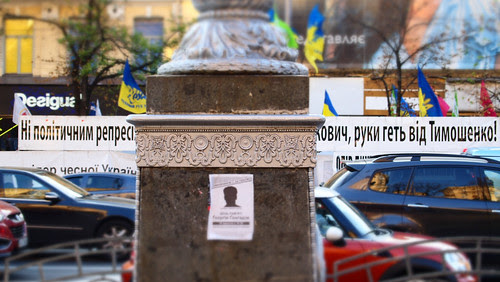 The anti-Yulia camp (all those flags on the other side of the street): 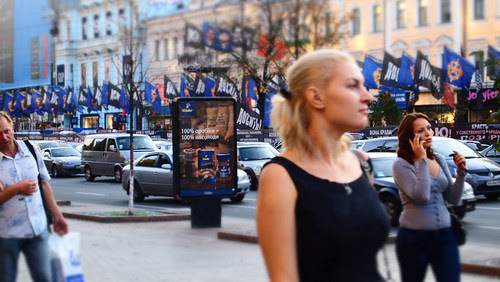 A very realistic photo of St. Sophia's Cathedral (and if the only thing you see at first is someone's shiny Toyota parked on a sidewalk, that's because this photo is, as I said, very realistic - Kyiv is full of nice, shiny cars that drive and park on sidewalks): 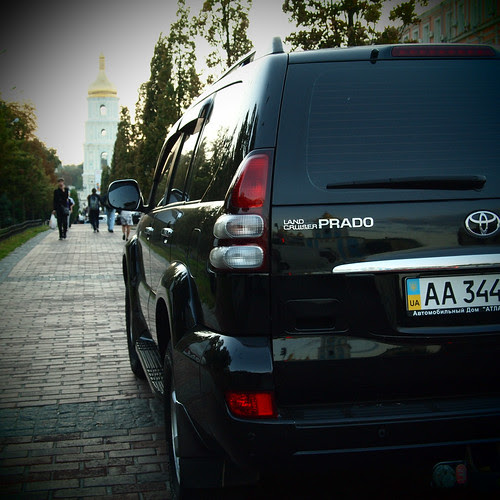 Kyiv is also full of riot cops now (partly due to politics, and partly due to a Dynamo Kyiv football game today, which we have managed not to lose thanks to a Croatian player on our team) - here's a photo of a grey bus used for their transportation (and a boy waiting to cross the street): 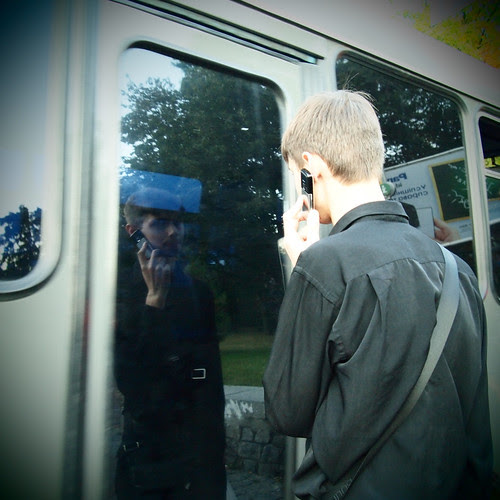 And finally, a short video, in which some guy in a car parked on the sidewalk is calling for Ukrainians to unite to fight the totalitarian regime, while others are thanking the residents of Donbass for a moron of a president (a complete video and photo report on the ugly mess that took place at and around Maidan today, see this piece in Ukrainska Pravda; some background in English at The Next Web here):