The sea and the ferries of Istanbul - and now London's gorgeous parks as well: urban tranquility zones that I miss having easy access to. 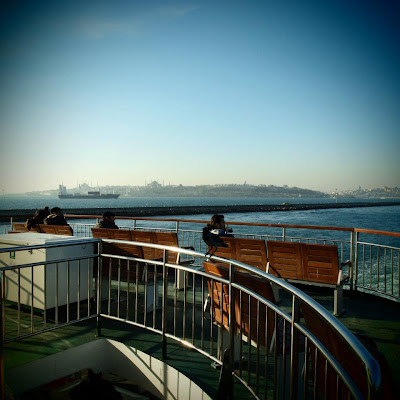 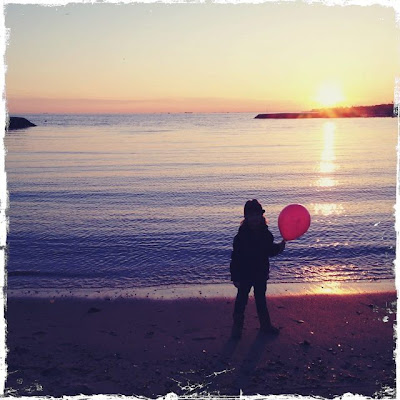 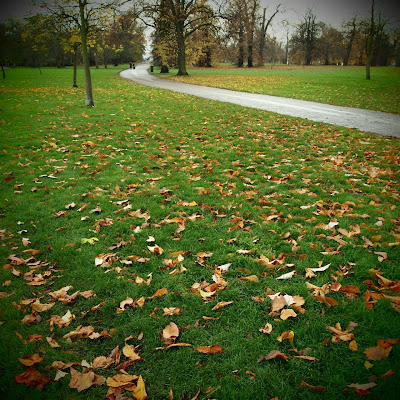 Earlier this week, I took a stroll along a cordon made up of two or three rows of huge guys in black riot gear.

I walked past them, a meter or so away, at a leisurely pace, smoking a cigarette, never once turning my head to look at them.

The decision to ignore these huge guys was spontaneous, and it didn't make any sense. All of a sudden, I just felt like strolling all the way to the cordon's corner point, pretending it was just an ordinary stroll. Took me about two minutes to get there. Then I turned around and moved away, back towards to the protesters.

At one point during this stroll, I forgot that the huge guys were there. I felt as if I was walking next to a tall black fence on my right - walking all alone, in the dark.

It was a powerful, weird sensation, which didn't last too long - a dozen steps at most. I knew they were there, yet I was able to convince myself that they weren't, just by not looking at them.

But after those dozen or so steps, the huge guys' presence slowly began to be felt again. They all stood there in silence, but they were staring at me. I knew they were. The wind - and it was a windy night - was blowing the smoke from my cigarette into their faces, which was a cruel thing of me to allow.

I may have looked like someone lost in thought - but I also looked like I was teasing them.

Teasing them like that mean cat in Hayao Miyazaki's wonderful film, Whisper of the Heart: the cat that liked to drive the neighborhood dog crazy by getting itself up on a tall fence, turning its fat ass to the poor dog, and letting it try to grab its tail for a while, then getting up and continuing on its way as if nothing happened.

The cat, unlike the dog, was free to go wherever it liked. So was I, unlike those huge, armed guys.
2 comments:

The only comment I've got so far on my most recent Ukraine piece for GV - which mentions Donetsk a few times - is this:

Who cares about this election and other politics when we've got our girls - even in Donetsk, it turns out.
1 comment:

Woke up to the sound of communist marches outside. Explained to Marta that it's the day when people are a bit more eager to fight with each other over history and politics than on other days.

Later, when Marta mentioned she was helping other kids with origami at school, I said it was really nice of her. Then, for some reason, I decided to warn her that when she grows up a little and they start having serious tests and stuff in their classes, she shouldn't let other kids copy her work, because it's called cheating, and in the U.S., for example, they expel kids from school for it.

"Oh, I don't think I wanna study at an American school then," said Marta.

So I had to use their and our elections as an example to explain why schools that don't tolerate cheating are better than those that do.

Without any cheating, it takes so much faster to cast and count the votes, determine the winner and move on with life.

In Ukraine, however, all this cheating leaves no room for life whatsoever: few things get done properly, because they're all very busy trying to make you believe that their guy is the true winner, and then it's time for a new election, and it all starts all over again - all, including the cheating.