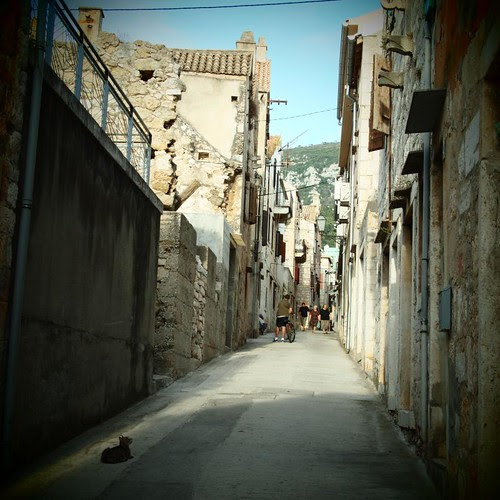 There's a little shop up the street from us, and its elderly owner is an unfriendly woman whose face is like a fist with unsmiling lips, unsmiling eyes and a potato of a nose on it. We were buying ice-cream from her a few days ago, and she tried to guess where we were from by the language we were speaking.

No. Well, not really. Ukrainians.

At some point, I told her how lovely Croatia was.

She spoke Croatian to us, but I understood her response: yes, it is beautiful, but it is hopeless here, no opportunities.

I tried to protest: but Komiza is such a wonder, a paradise on earth, raj na zemlji.

And she said, with muted anger: right, come here in winter and see - there is nothing.

And I said that I understood exactly what she meant. Because, somehow, I did. Though I would still prefer to spend my winters here, by the sea, than in our part of the world, no matter what.

And then I thought that perhaps it was winter, not all those idiotic politicians, that was actually to blame for so many of our problems.

And I also realized that I would've probably heard the same desperately gloomy opinions on winter from the locals of the Aegean Coast of Turkey - more than once, during the three or four of our wonderful summer visits there - had it not been for the impenetrable language barrier between us.
2 comments:

Too tired to write much now, but I really wanted to share these photos of the lovely place that we are staying at here in Komiža: Insulae Apartmani (the Facebook page is here). We spent the month of July here and have just returned after two weeks at another place for the rest of our time on Vis. It's the coziest and the friendliest place in the world!!!

For the first month in Komiža, we stayed at Insulae Apartmani, a wonderful place run by wonderful people. At the beginning of high season, we moved to another place, just a couple minutes away, and now we are about to move back to Insulae for the remaining three weeks here. Packing and moving isn't too much fun, but change is exciting, especially for Marta. Below are some pics from this second place, which is also very, very nice:

Keep forgetting to mention that Marta now has a photo blog - Marta on Otok Vis: photos she's taking here, selected and posted by me. 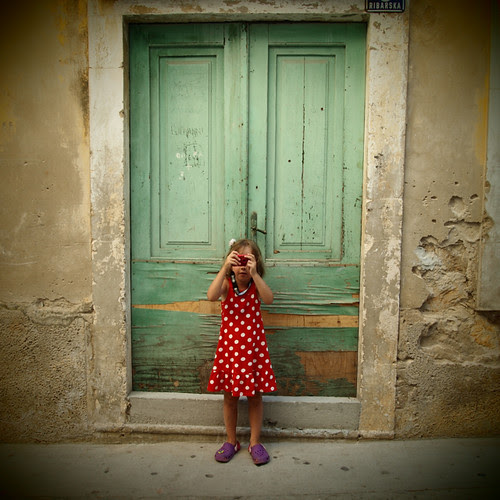 We are still on the island, and I'm too far behind with posting photos.

To jump-start myself, I've compiled images of the island's lovely doors, windows and miscellaneous dwellings: