I've had this (oops, sorry!) Tom Waits' song playing in my head for about a week now:

One of my most favorite songs of his, but I don't listen to music much now.

All started with this line this time: "If I stay here I'll rust." Again and again.

Used to be such an Iowa song for me - "The sky is red, and the world is on fire, and the corn is taller than me."

WHISTLE DOWN THE WIND

And sometimes the music from a dance
Will carry across the plains
And the places that I'm dreaming of
Do they dream only of me?

To recover from the election, I spent part of Tuesday night looking at other people's photos, hopping from one relatively random photo site to another, really loving it.

And then I went and made myself yet another pseudo-blog - Neeka Smetana - photography blog - to make it easier for myself and others to admire my own photos.

I can't figure out where to fit the links and other functional info, but otherwise it's all done and you're welcome to have a look.

(Another election post may or may not appear at some point later this week.)
No comments:

No more surprises in the second round, I suppose.

Yanukovych's margin of victory so far: 2.87%

I re-read my last night's post and felt sick because of all the silly figures of speech we are all so fond of using. An abyss, typhus, whatever. Tiger Yulia, damn it.

But, here's one more: we live in a ghetto, and if Yanukovych becomes president, the ghetto will grow a bit more overpopulated than it is now. Our everyday lives will resemble the Feb. 5 Yanukovych concert a bit more. Many things will not change at all: it will remain as scary as it is now, for example, to find oneself sick and in a hospital.

It could've been different.
3 comments:

According to the Central Election Committee, Yulia is 3.5% behind Yanukovych so far (74.43% of the vote counted).

The map of the vote looks the way it always does - one half red and one half blue, as if we indeed need to split Ukraine into two and each have the president we prefer. But it's not that simple, of course.

The only surprise of the first round for me was that Yulia got only 6.5% in Luhansk region - despite having Natalya Korolevskaya run things over there.

The only surprise of the second round so far has been that two people I have huge respect for decided not to abstain from voting for Yulia after they spent some time at the Feb. 5 Yanukovych concert on Myhailivska Sq. As I wrote earlier, you had "to get real close & hear it to really understand" why it was such a shockingly awful experience - and I shouldn't be really surprised that it had the same effect on these reasonable and determined people as it had on me - and actually I'm not. It's just that I had thought that nothing could force them to change their minds and end up "choosing typhus over cholera" or "eating the less smelly chunk of shit" - but the abyss between Yulia's event on Sofiyivska and Yanukovych's bacchanalia on Mykhailivska turned out to be too blazing to ignore.

Here's a video of Yanukovych supporters marching past me while Volodymyr Hryshko, an opera star, is singing a 1964 song (Beauty Queen/"Королева красоты") for them, in Russian:

While I was writing this and editing the video, they've counted some more votes (83.95%), and the distance between Yulia and Yanukovych has shrunk to 2.59%. 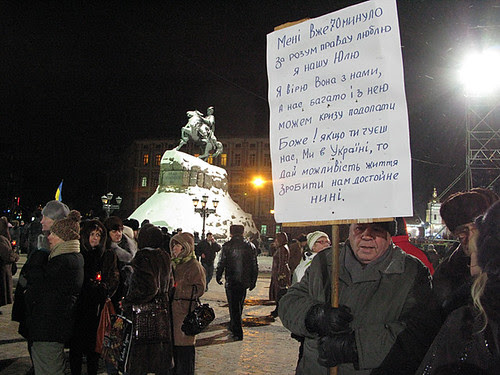 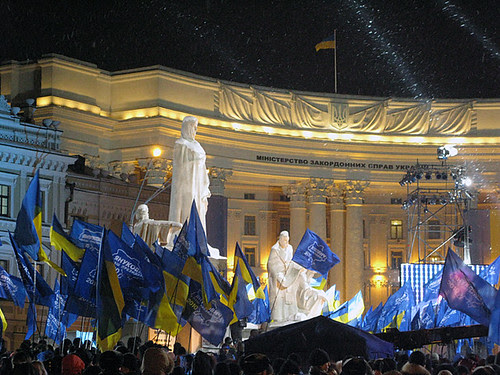 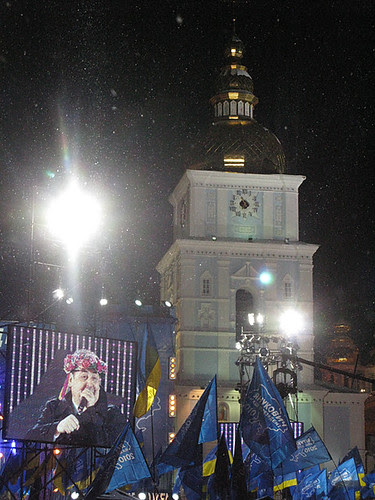 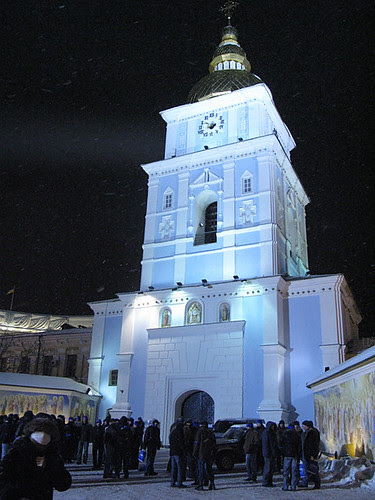 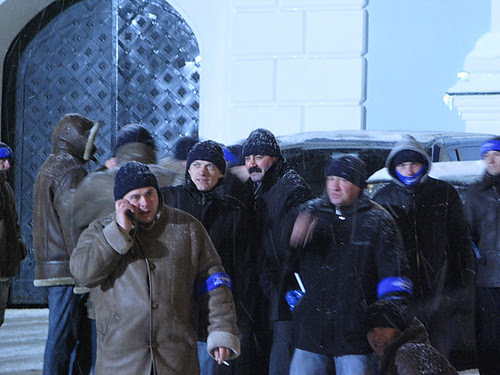 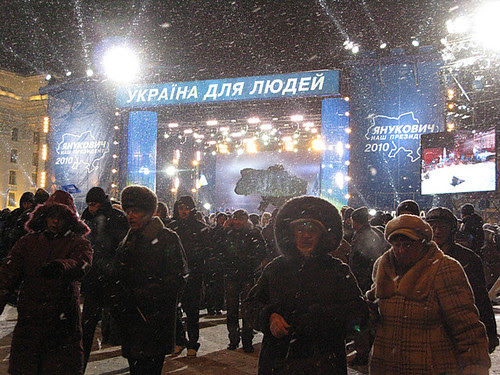 A few more quick notes and pics - on Twitter. (I feel as if I'm cheating on this blog over there - feel guilty about it...)

Too tired - and too depressed - to write more about it. (Yanukovych concert was such a nightmare.)
1 comment: 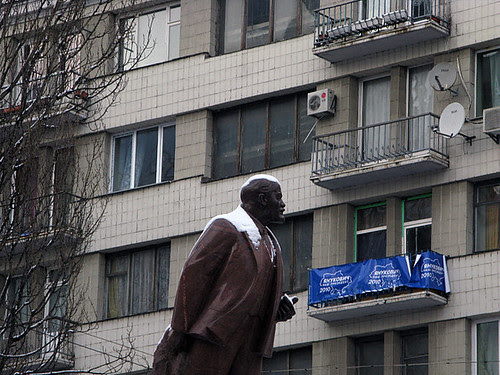 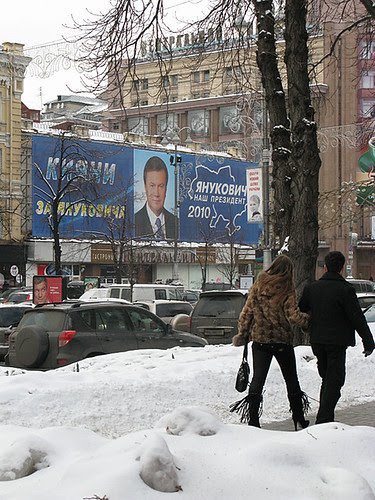