As part of my attempt to do some spring cleaning online, here's a list of my "stray" blogs.

- Moscow Snapshots (the most recent one, and the only one that I'm updating every once in a while)

- Cities 101 (just one post so far, plus a list of books; a dream project, never to be fulfilled due to short attention span and lack of free time)

- Quotes on writing, mainly from The Paris Review (used to have a soothing effect on me in January, February and April of 2011)

- Marta on Otok Vis (Marta's photos from the Island of Vis, taken in July and August 2011)

And now there's also Pinterest, of course - but that's not a blog.

And I'm doing more blogosphere translations and overviews on Global Voices again - and, as before, store them on Work Log.

That's it, I guess.
No comments:

They did lots of awesome things together when they were younger. She was always ahead of him, always in front of him, he says, when they skied, biked, kayaked and hiked all across the country. He was always following her.

First, she stopped eating. He tried to give her some food, but she refused, ordering him not to argue with her. "Не перечь мне," she told him, and the firmness with which she said this surprised him.

A little later, she bid him farewell: "Ну, прощай."

Then she lay still for two days, just breathing.

During these two days, when he was asking her if she could hear him, she was nodding in reply.

Then she was gone. 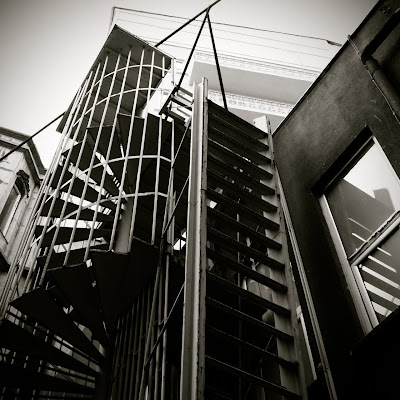