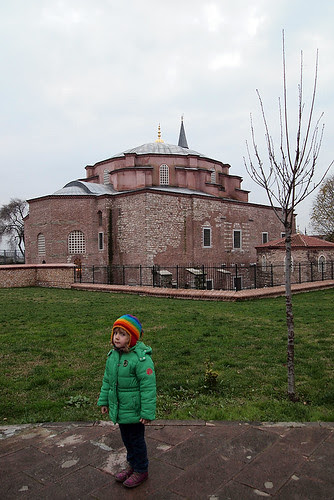 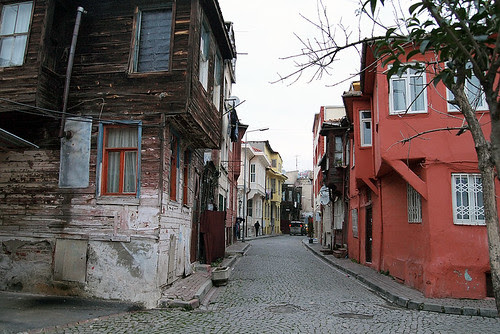 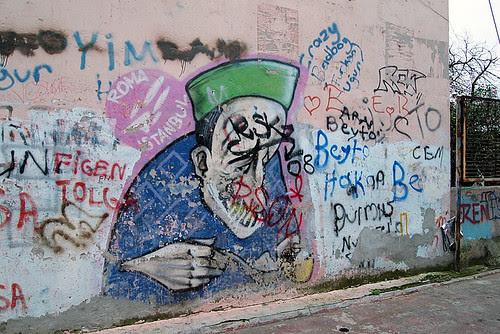 "When a man rides a long time through wild regions he feels the desire for a city." 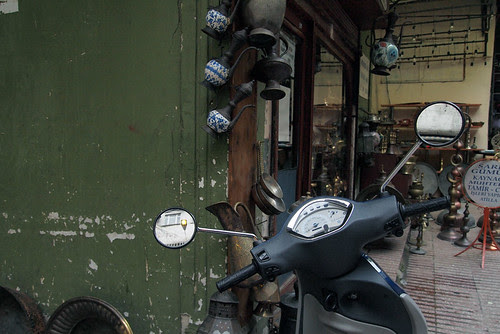 For some reason, Kyiv smelled of timber today, and of spring. It rained in the evening. Unlike yesterday, I didn't have to wear my woolen mittens outside. The lack of color, typical of this time of the year, was difficult to bear (which is also typical - of me, at least). I didn't enjoy the quick walk around Lipki that I went on shortly before sunset - but somehow it feels great to look at the pictures I took during this walk. Maybe I'm just really starved for photography. 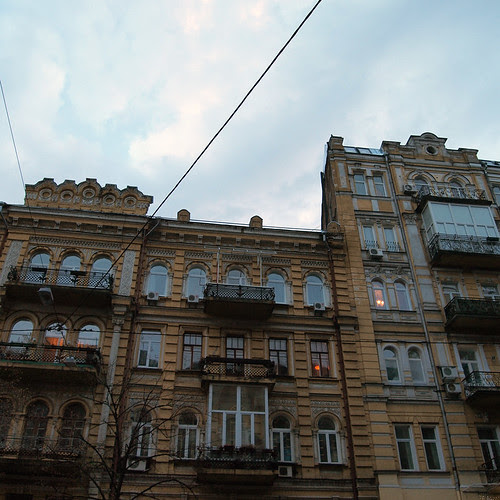 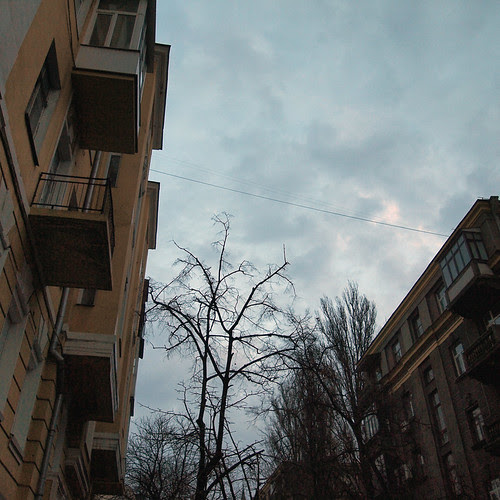 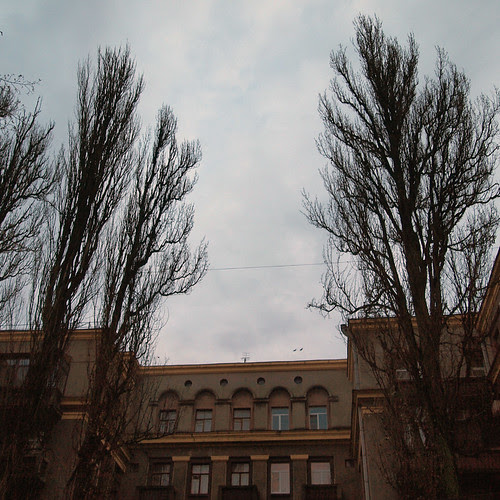 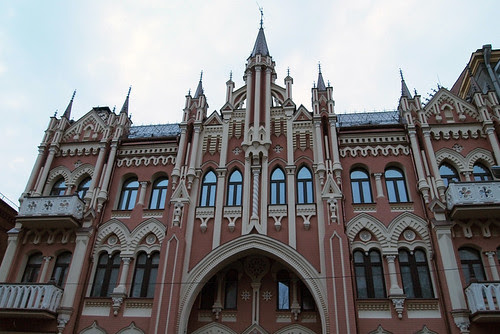 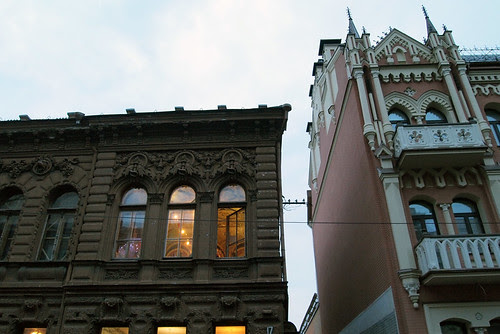 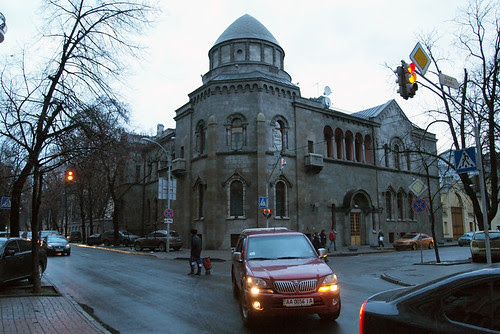 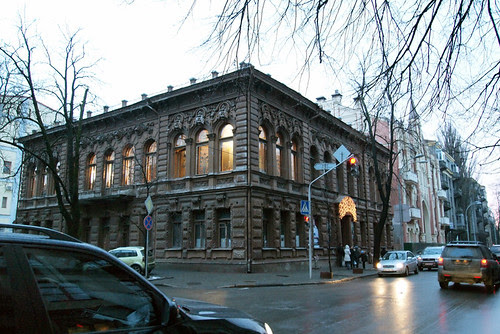 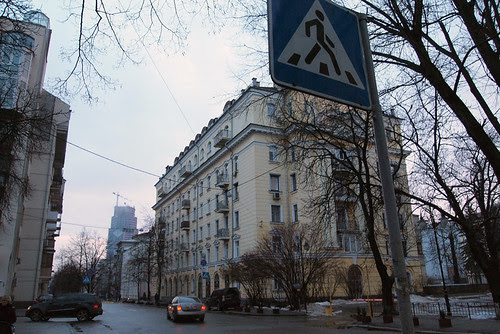 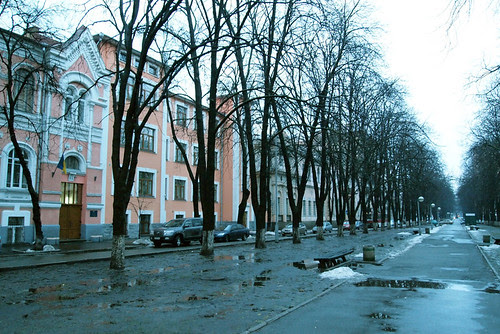 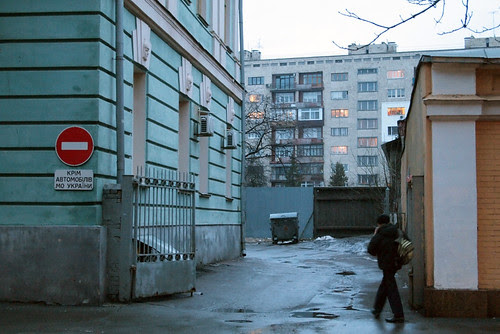 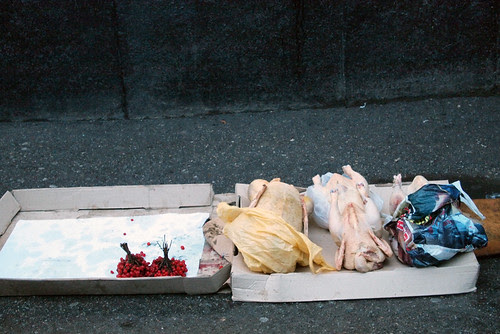 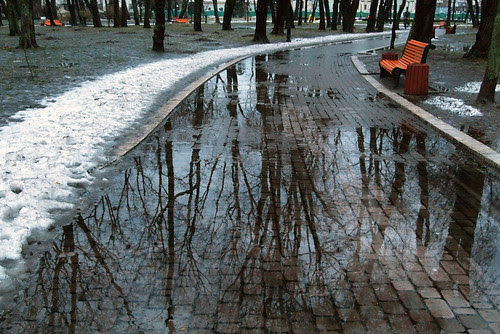 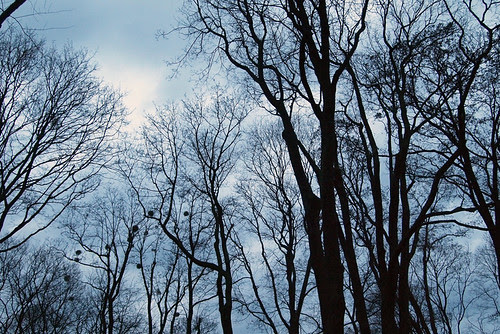 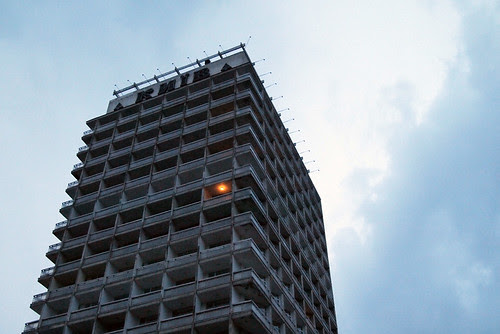 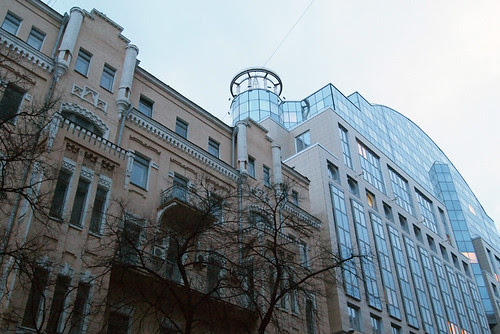 Kyiv is not what it used to be, which is sad. But sometime this summer I found a way to see it the way I love to remember it. All I have to do is walk around looking upwards instead of straight ahead of me, with some filters on/alarms off (e.g., ignore the ugly balconies and air conditioners stuck on facades, pretend there are just a few cars around, don't get mad when some jerk drives past you on a sidewalk). It works: Kyiv is still there, beautiful, lovable... 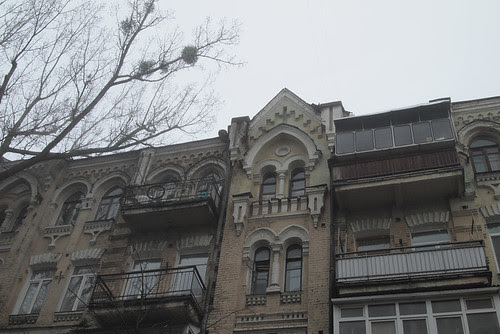 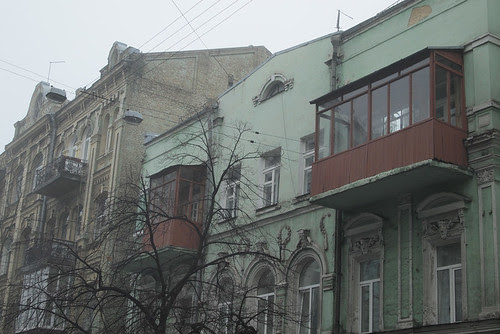 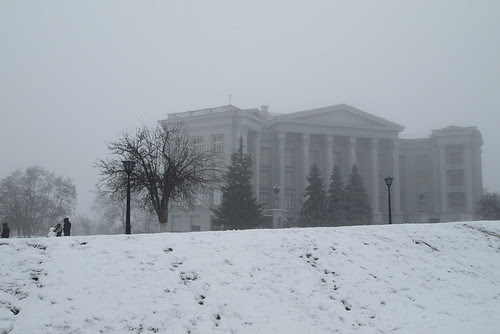 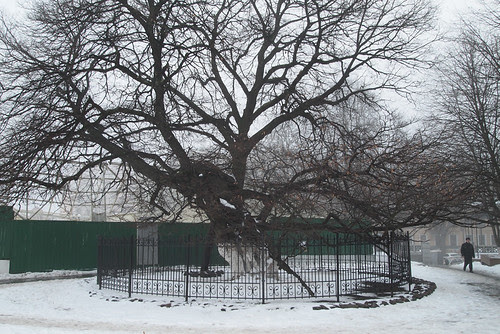 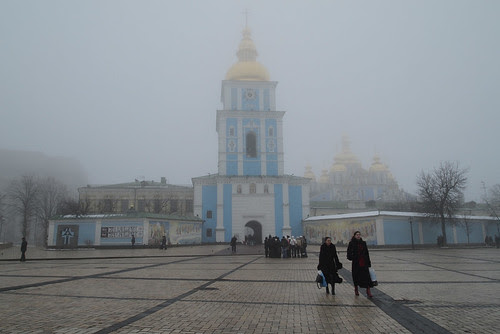 On Monday, two days after the first pogrom, Marta and I went grocery shopping across the street. Moscow seemed unchanged. What caught my eye while we were waiting for green light was a young Central Asian migrant worker, who had a black ski hat on. One of the words on this hat was "олимпиада" (the Olympics), and I thought, "Wow, the 1980 Moscow Olympics, are they still selling this stuff?" And then I noticed two more words below "the Olympics": "Красная Поляна" (Krasnaya Polyana) - a place where some of the events of the 2014 Winter Olympics in Sochi are to take place.

My head is filled with those ugly pogrom images, and all those dirty chants, and those faces, and what I read online about it. But I haven't been around much lately, so a tiny part of me still doesn't believe any of it is for real. And I wish I could squeeze the rest of myself into this tiny part of me and live there. And somehow it helps to think about this gastarbeiter and his hat - it helps to pretend that I continue to stare at his hat, asking these questions: Is it a cheap fake hat that he bought at the market? Or did someone bring it to him all the way from Sochi? Or did he find it in a garbage container? Does he think it makes him look a little bit more like a Russian patriot? Does he think it makes him less of a target here? Or is it just a warm hat and he never thinks about it at all?
1 comment: