Hitchcock, a block away from Kremlin: 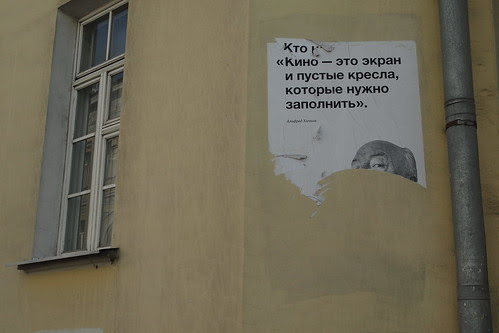 Living next to a church in Moscow (click to enlarge): 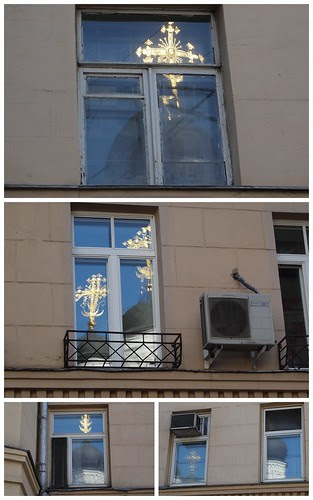 An old, wooden building in downtown Moscow (click to enlarge): 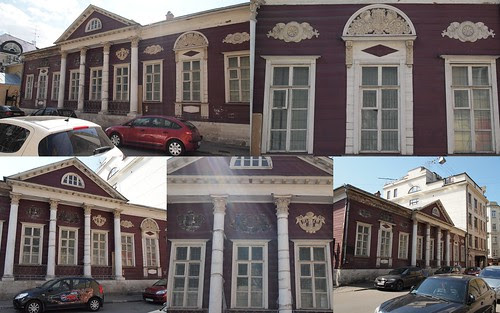 Traffic in downtown Moscow is horrible. And now that the weather is finally so nice, this comes as something of a shock, somehow.

But - I've seen a middle-aged traffic cop today who was smiling a genuine, human smile to a cute young girl on a moped, who, for some reason, had smiled to him first as she passed him on Bolshaya Nikitskaya.

I've also seen a traffic cop today who shouted an unusually friendly "ay-ay-ay" to a woman who decided not to bother walking all the way to the intersection and was instead crossing the street illegally, right in front of his car.

And, almost sadly (in this context, at least), I've seen a traffic cop who was talking on his cell phone about his kid's cold and low-grade fever.
No comments:

A tiny, young Yorkshire Terrier was riding a bicycle down by the river, squeezed into a leather bag that her gorgeous owner had tied to the rack over the rear wheel. They were going very fast. The poor thing was thinking: "I hope I'll survive this ride. I hope I'll survive."

All this on the second truly warm day of spring 2011 in Moscow. The 55th day of the actual, calendar, spring.
No comments: 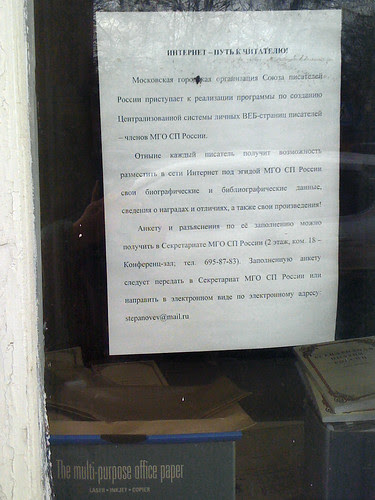 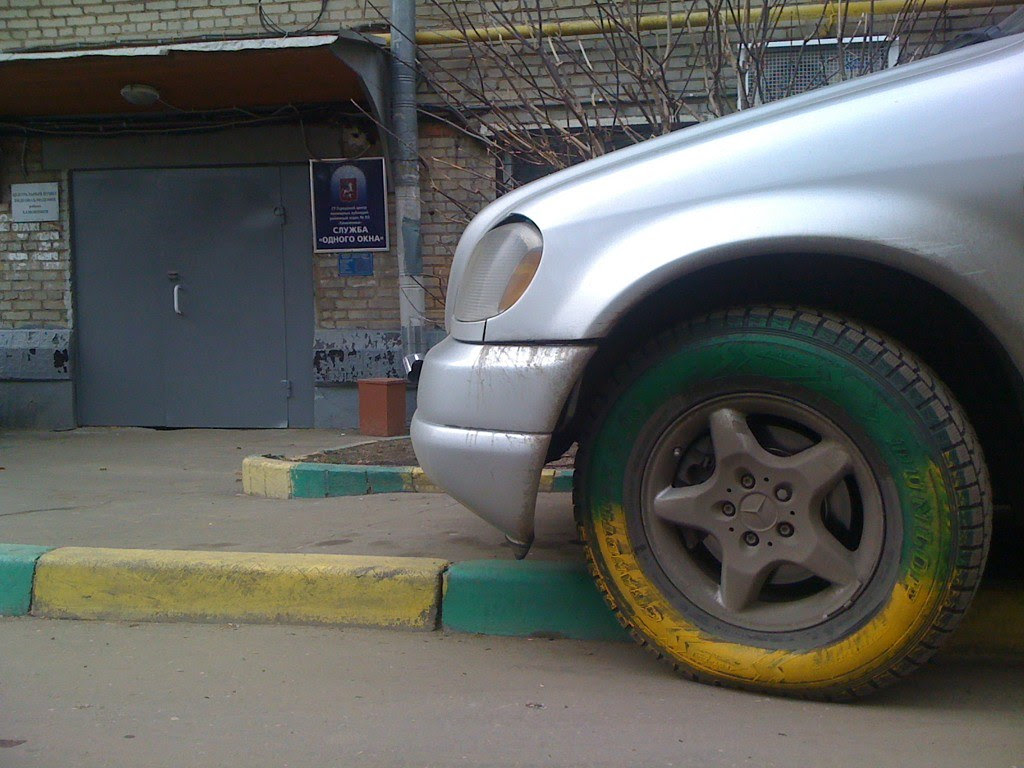 In addition to this wonderful French site for kids, Marta really likes this Polish one. The ongoing Russian Orthodox Church luxury scandal has reminded me of her concern for Jesus and his family after she had played a Christmas baby Jesus game: "They are so poor, they live in a barn," she told me sadly, then added hopefully, "Did they become better off later?"
1 comment:

Moscow's downtown buildings, just as Kyiv's, don't get treated nicely when it comes to preserving their initial height... 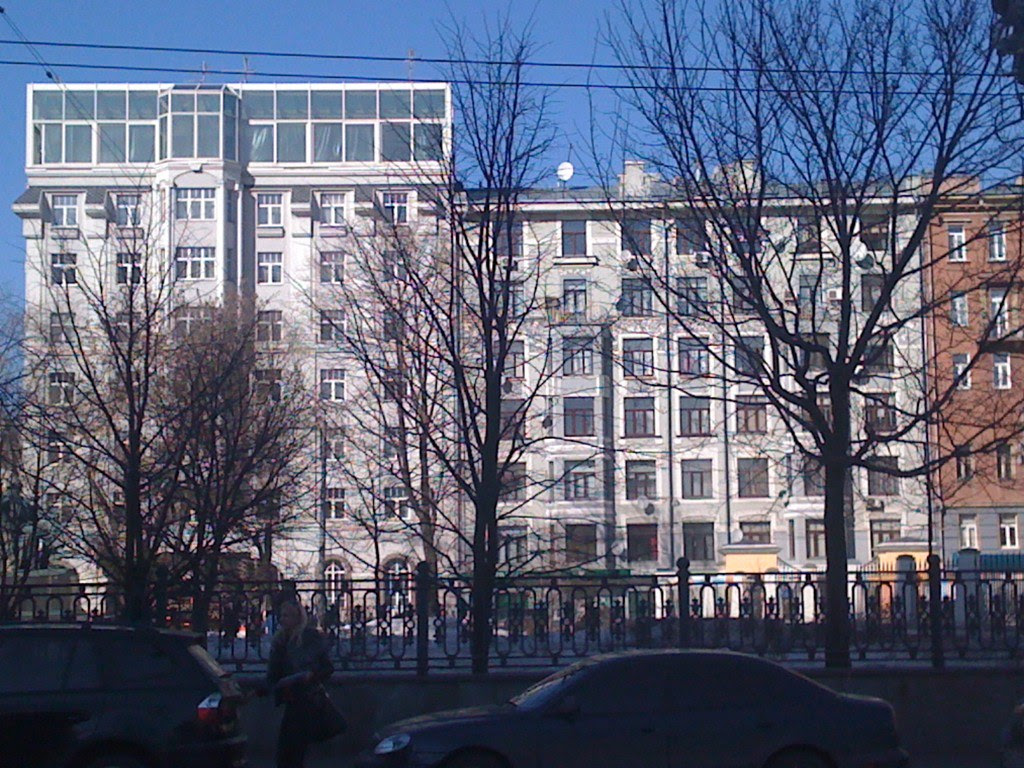 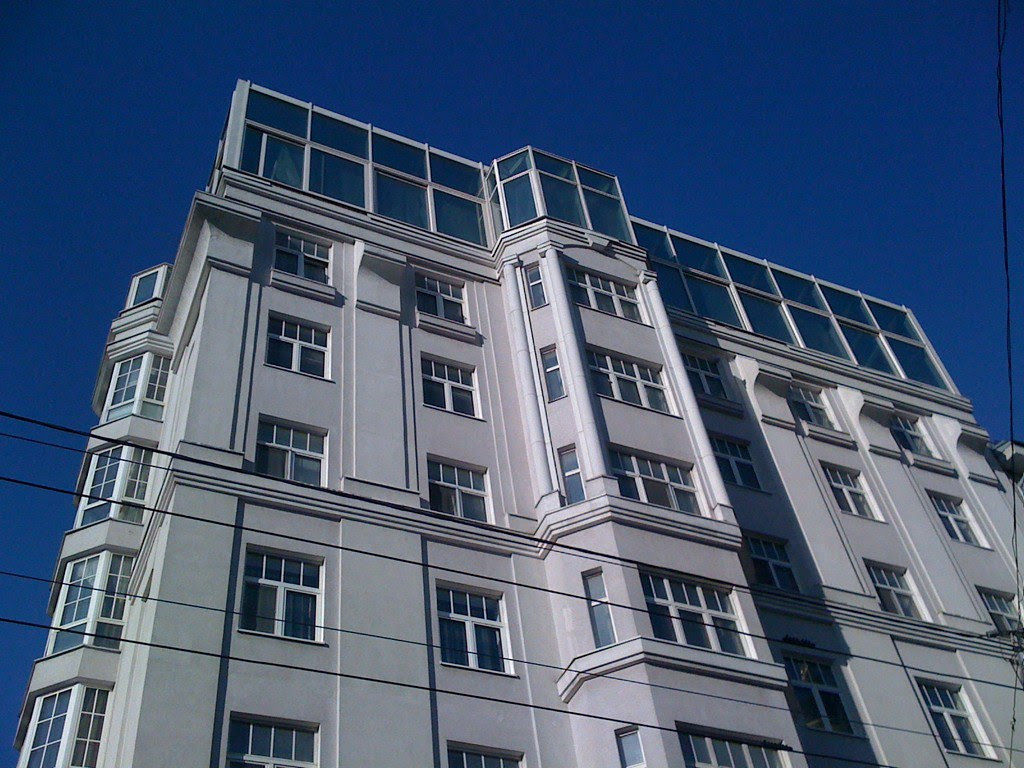 This is Moscow a few days ago: 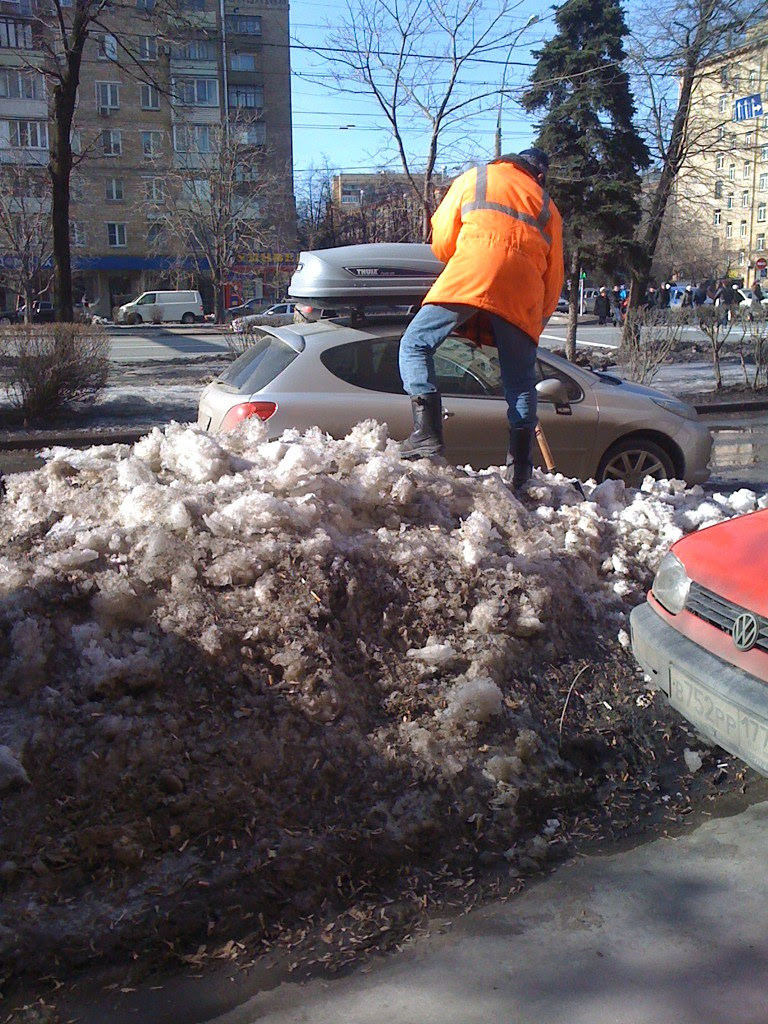 And this is Moscow today - the first lovely spring day, but a bit too much dog shit everywhere still: 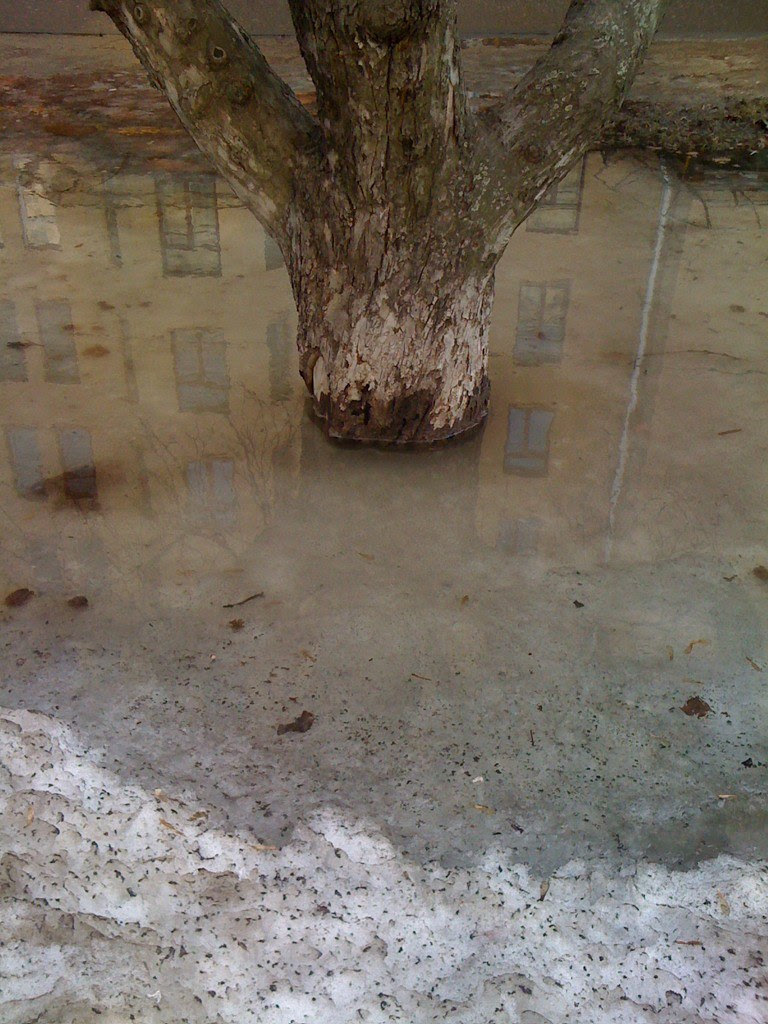 It'll only be getting better from now on, hopefully. 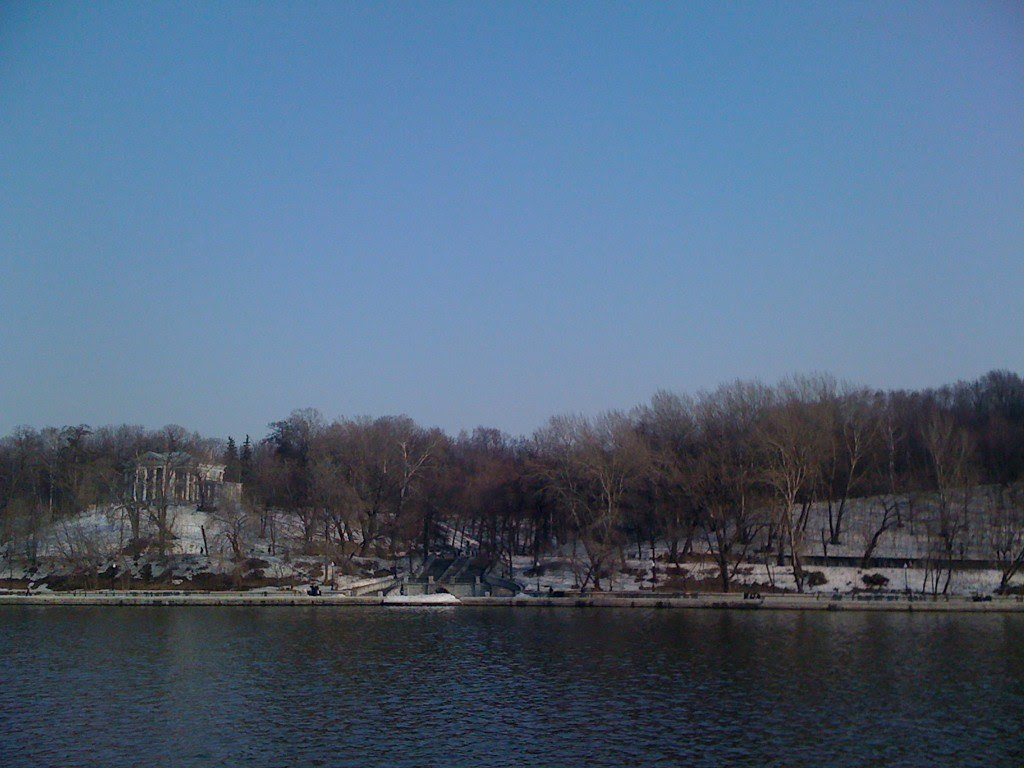