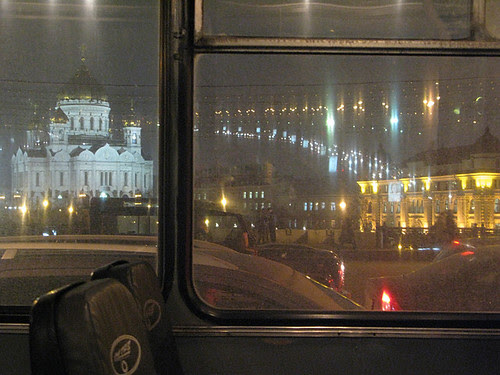 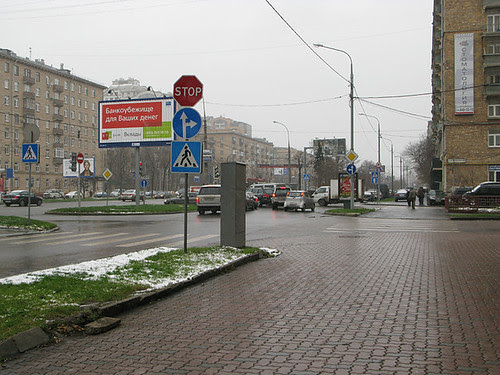 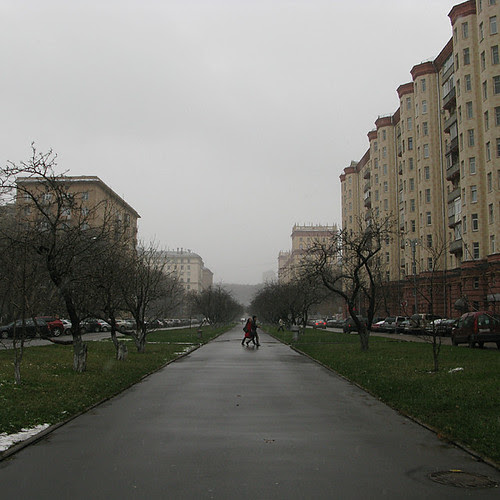 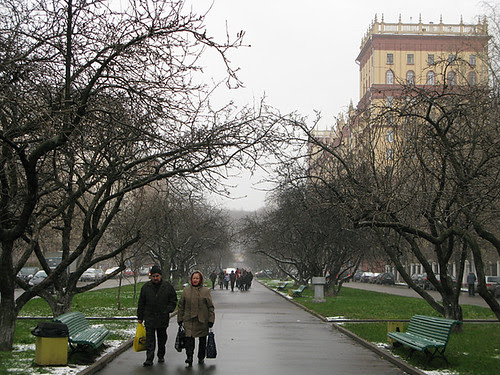 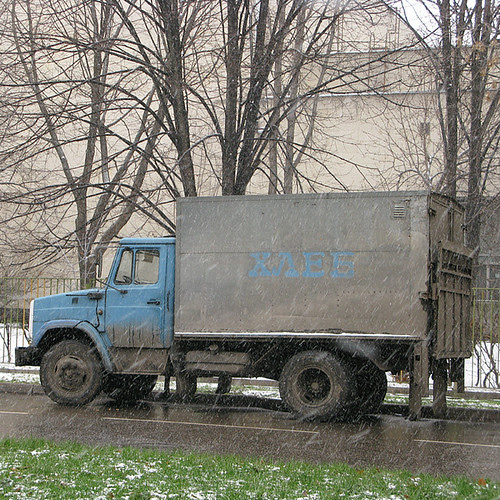 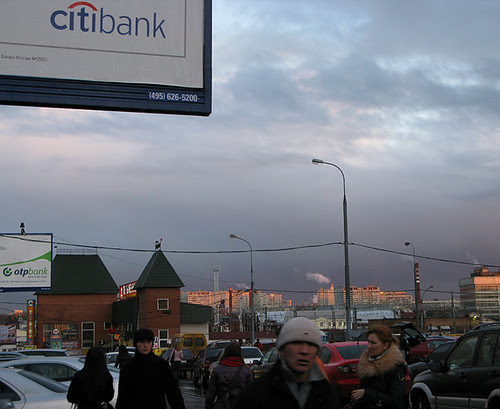 And while we are at it - at the NY Times Mag piece that I mentioned earlier - could someone please explain to me what exactly Condoleezza Rice meant when she said this about Russia's problems:

THE PROBLEM RUSSIA HAS.

They’ve got problems, and the basis of this is that the legitimacy of the Russian government is not ideology; it is not a pretension to a different route for human development as Communism was. It is the ability of Russians to, if they can’t afford those Cartier shops near Tverskaya, to be able instead to go to the Ikea store that now completely dominates the Tank Trap Monument that celebrates the repulsion of the final push of the Germans into Moscow.

The footnote to this says the following:

A branch of Ikea, in Khimki, a small city just northwest of Moscow, borders the Tank Trap Monument, which lies on the spot where the Soviet Army repelled the German advance on Moscow.

I'll leave my theory to myself for now - because it confuses me.
6 comments:

[...] In June 2005, the Rose Revolution in Georgia swept Mikheil Saakashvili to power.

To whoever wrote this footnote to the Condoleezza Rice piece in the New York Times Magazine:

The #1 post on Yandex Blogs today - http://nataly-hill.livejournal.com/903185.html. In Russian. Very depressing, very alarming, simply horrifying. Interethnic relations in Moscow - minorities vs the so-called "titular nation" - bullies posing as victims, at all levels, regardless of ethnicity or age. Call me paranoid, but this post and the discussion that follows are harbingers of pogroms to come. I do hope I'm nothing but paranoid, but I can't help it. I don't have it in me to translate any of the shit, for GV or otherwise.
No comments:

- No sign of the crisis at the huge shopping mall next to Kievskiy Vokzal: a usual crazy mess and endless lines to the fitting rooms at Zara, Pull and Bear, and Bershka stores. This place would be the last one to go under, I guess. Though, who knows.

- A printout of a missing person on a light pole just outside the shopping mall: a rather beautiful face of a native of Karachay-Cherkessia, "a Mongoloid type of appearance," born in 1989, last seen near the shopping mall on Oct. 25, around 6 AM. As I look at this boy's photo, I feel electrocuted by the memory of papa and everything that happened last summer. I also feel helpless, the way many people must have felt in Kyiv as they looked at papa's photo in those two horrible weeks: no way to remember an average-looking face well enough, no way to be able to compare it to the hundreds of similar faces that you pass in the street every day.

- A young jerk standing behind me on a subway escalator says to his friend: "One thing I don't understand is why no one is beating the crap out of all these blacks." The other guy replies: "Yeah, it sucks." I make a few dozen steps down the escalator, to get them out of my hearing range. Moving upward on the other side is a girl with a book, her lips moving as she reads whatever's in it out loud; turns out it's some kind of a Christian prayer book, with a picture of Jesus on the cover. Two couples stand behind her, and then there's another girl with a book: this time it's Nabokov's Lolita.

- Ostozhenka is deserted, and even though it is not completely dark, it appears ghostly from the trolleybus I'm on. All of a sudden, there's a well-lit and well-stocked flower kiosk next to one of the stops: its front window is all glass and it looks like a postcard of some oasis, something you don't want to take your eyes off. As we begin moving again, I see the woman who works in this kiosk: seated on a low bench amid all the roses, tulips, irises and what not, with her back to the audience, all wrapped up warm and with a woolen beret on her head, she is bending forward to be able to see the tiny screen of a black-and-white TV that sits on another low bench in front of her.
No comments:

Kyiv, Maidan, back in September (or early October): 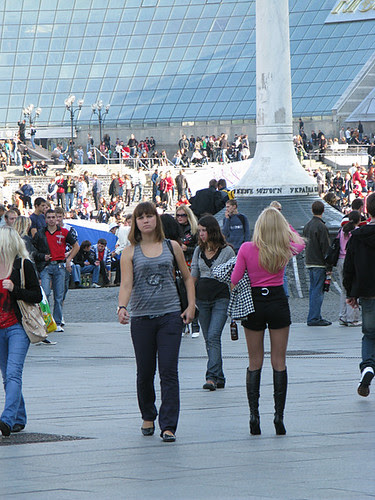 Moscow, a few days ago: 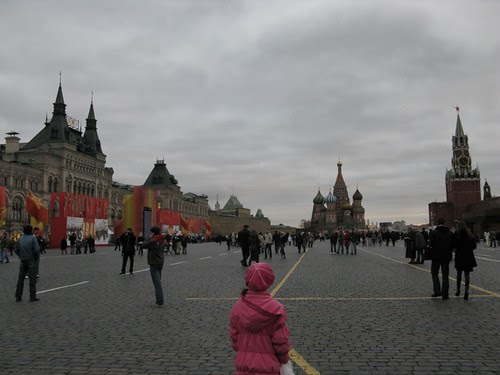 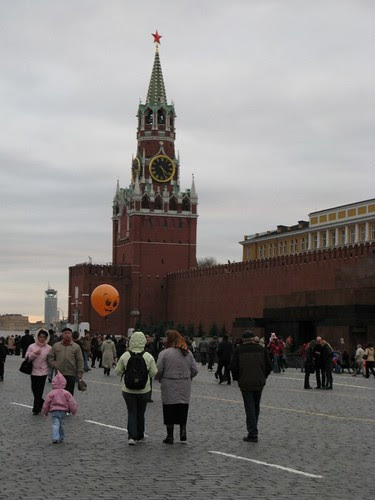 On a personal note, I'm totally unprepared to face all this cold and gloom - half a year of it or so - again. I'm thinking about my mother, who ran off to Sevastopol in the 1960s, because she had to live by the sea. There she met my father, and that's how we ended up in Kyiv, back north. I wouldn't want to live in Crimea now, even though I love the place and feel heartbroken about the politics and other shit taking place there. And it's not the sea that I miss, but the sun - and, most of all, the people who aren't used to having to freeze themselves every six months. I wish I'd had the guts to run off, too. Maybe it's not too late still. Or is it.
5 comments:

Ah, what a relief:

I stayed up till after 6 AM Moscow time - decided it was time to switch off the computer when one of my friends on Facebook posted this update: "[...] says it out loud: McCain can't win."

A coincidence, of course, but it was only last night that I ran into Vanity Fair's choice of Top 25 News Photographs - among which is this image of a 1930 lynching in Indiana and this one of Dorothy Counts on her way to school in North Carolina in 1957. And today, the Chicago Tribune writes this in an editorial:

[...] Obama’s victory is one of those events that reveal how far the nation has traveled. When he was born in 1961, African-Americans risked death merely to register to vote in some Southern states. The pivotal civil rights and voting rights laws had yet to be enacted. Yet today, the nation is willing to entrust its future to a man whose father was black. [...]

Another coincidence, perhaps, but the New York Times ran this piece about Ukraine yesterday:

Four years ago this month, hundreds of thousands of people took to the streets of this capital city to take back an election they saw as stolen. That outpouring, called the Orange Revolution, brought fresh hopes for freedoms and for a release from the country’s Soviet past that few other former republics had ever experienced.

The early promise of those days frayed in recent years, but economically times were good, and the country always seemed to manage.

But now, confronted by the global financial crisis, the new Ukraine is facing the single biggest test of its stability, and its leaders, by most accounts, seem to be close to failing. [...]

I hope that in the next four years Obama is not going to screw it all up the way our whole bunch has since 2004.

As for the Republican Party, losing this election seems like a good "exit strategy" everyone's been looking for.
3 comments: