Also on Instytutska, the building that was supposed to be an extension for the National Fine Arts Museum: 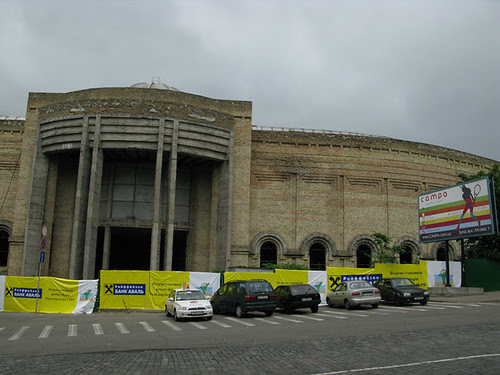 I may be wrong, but I think it's been there in its present, unfinished, form since way back in the early 1990s. If they ever finish it, they'll probably turn it into a business center, instead of giving it away as a much-needed gift to the state-run museum.

Across the street from this decade-long frozen construction project, there are two new buildings - built from scratch in just a few years: 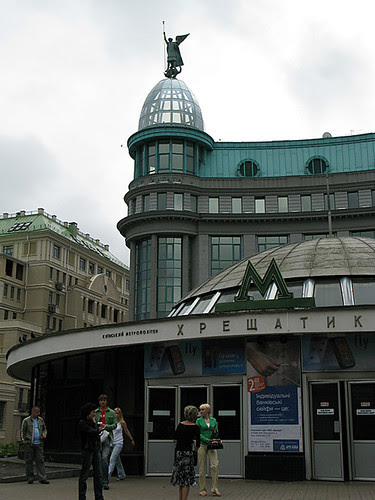 The one on the left is basically sitting on top of a high school, while the one on the right towers over one of the entrances to Khreshchatyk subway station.