I did take a walk there - decided to do some "citizen reporting."

"Dachnitsa reporting" is a better term.

Here's one picture and I'll post a few more later, to my Pushcha Vodytsya set at Flickr: 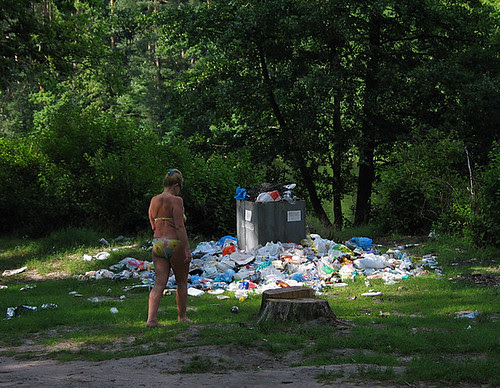 As you can see, there are people who don't give a shit. The woman on the photo just walked barefoot past the trash and into the lake. And I felt weird: who knows, maybe this is how it's supposed to be. Maybe I'm just spoiled. Maybe all those nice and clean places like the lakes around Iowa City don't exist. But after I was done taking pictures, I went back to the sanatorium, and of course, it's a different world there, sort of. And I am spoiled, of course.