The air here is too dry and it was really hard to breathe during the night. I felt as if I were back in the airless Moscow, almost. A scary feeling,

But at least I woke up early thanks to that. Couldn't wait to get outside for some fresh air, but with all the ultrasounds and IVs I only managed to take a short walk around noon - 15 photos.

This neighborhood is called Otradnoye (I guess), and even though there's something about joy in its name, the area I walked in today is pretty joyless. Lots of medical institutions around - Medgorodok. 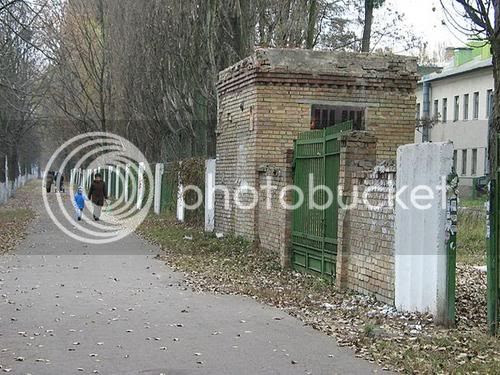 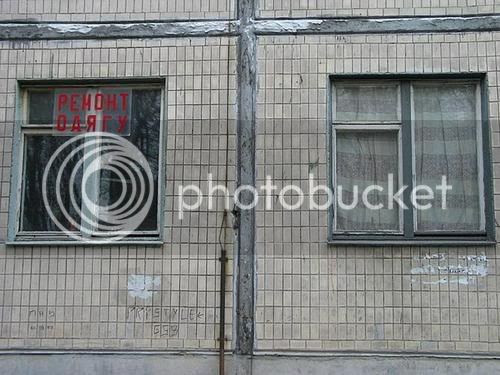 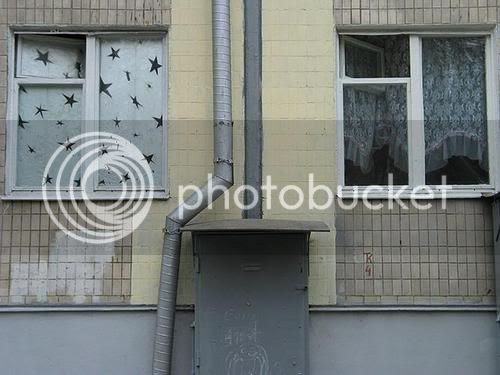 As I was taking yet another picture of something ugly, a man called out to me from behind a broken-down fence; he looked like someone who rides around in an ambulance all day. At first, I didn't hear all that he said. But I thought I heard the word 'morgue.' The building behind him, which I had just photographed, could've been a morgue, I thought. He repeated: "Devushka [miss, girl], is that a hobby of yours to take pictures of morgues?"

I erased the picture immediately, without thinking.

A little further on, I saw a chimney. They probably cremate bodies here, I thought.

And this is where I bounced back up from the shock of the encounter with the morgue employee and was able to see it as if through someone else's eyes: a pregnant girl with a camera and a tired man with a difficult job and a weird sense of humor, totally consistent with his occupation; he's enjoying himself immensely as he is scaring the shit out of the very pregnant girl. Hilarious.

Some three minutes before the morgue conversation, I had been sms-ing Mishah about something very pleasant: all of a sudden, in the middle of this depressing neighborhood, I smelled New York City. A sweet smell of something being baked in the street, pretzels or something, mixed with some mild stench, totally bearable, coming from a nearby subway station. Made me feel so nostalgic.

There's probably a bakery somewhere close, I'd been thinking. But then I saw the chimney, and for the next two hours, until Mishah wrote me back, I worried about the possibly different nature of the NYC smell. Mishah, however, wrote that there was only one crematory in Kyiv, at Baikove Cemetery, far from here.

There're tiny plastic bottles with shampoo and shower gel here, hotel-style. After the morning shower today, I smelled very unfamiliar, and the only place I could locate myself at with this hotel smell all over me was Istanbul, where we do stay at the hotel. This was the first time I felt nostalgic today, and a little bit too hopeful, for some reason - but then I looked out of the window, at the gloomy buildings of Medgorodok and the leaden sky, and knew again that I was in Kyiv, not Istanbul.

The weather this whole past week has been depressing. Somehow, it's the weather I've been imagining we'd have on the day I deliver, and I kept forcing myself to imagine something else, something happier: lots of sun, lots of fresh snow, frost and wind - and me having the baby...