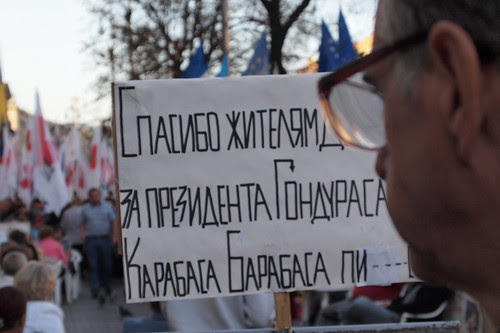 Yulia Tymoshenko's trial - its final stage - has resumed today, and I spent some time in the evening walking around the pro-Yulia camp - and rushing past the fenced-off anti-Yulia camp.

The difference between the two is striking.

The pro-Yulia camp is an exhibition of all sorts of posters, political folklore and various hand-made items, all praising Yulia and making fun of Yanukovych and his bunch. You can walk all you want there, you can talk to people as much as you wish (though I felt better just taking pictures). Quite a lot of eccentric types are hanging out there, and the majority seem rather aged. Tired, too, but who wouldn't be, after a day spent in such a horribly noisy environment. 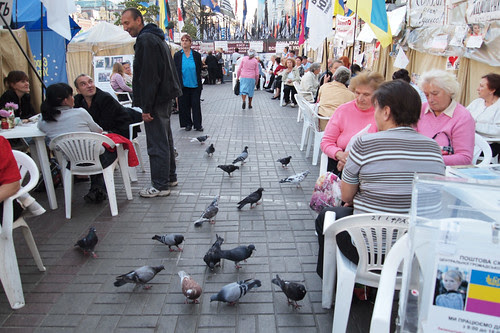 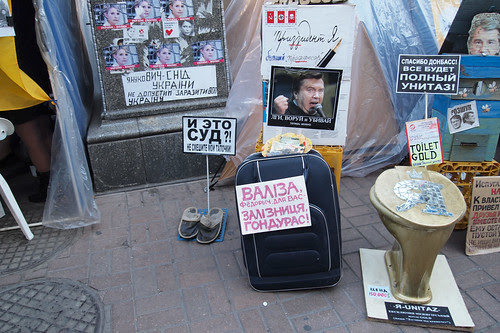 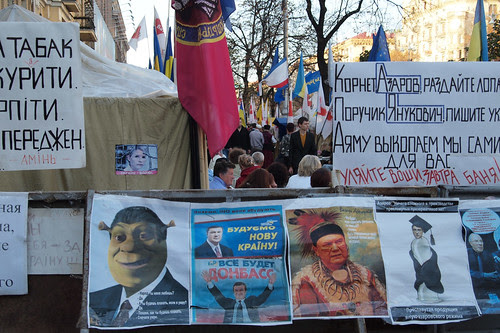 The anti-Yulia camp is populated with young flag-waving human robots. I know this because I can see them from my window - but these guys are invisible to those who just walk past their stretch of Khreshchatyk. Their flags and anti-Yulia slogans is all you get to see up close. A few of them stand by the entrances to their space - and they don't look like people eager to explain their presence on Khreshchatyk. And even if they were, I don't think it's physically possible to talk to them: their monstrous sound equipment is too close, and getting as far away from it as possible is the only thing you wish for. I've a feeling that these guys are preternaturally tireless - and brainless - but I'm probably just biased against them (as many others who work and live next to their camp are). 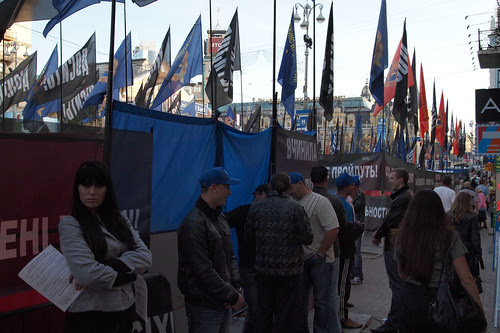 I also have a few videos of the clashes with riot police at the end of this first day - maybe I'll post them later tonight, maybe not.

All of today's photos are here.