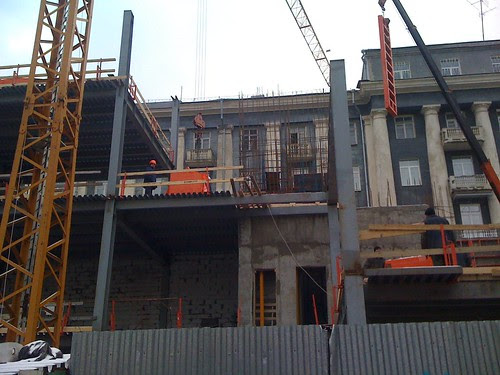 The construction site over Teatralna metro station (and across the street from the Russian Drama Theater) is very much alive again, despite various attempts to resist this odious project - and despite common sense.

There used to be a little area with flowers in front of the apartment building there - nothing special, but it's hard not to think of it as an absolutely crucial space now that it's gone - and gone in such a grotesque manner.

According to Korrespondent.net (RUS), they are building a shopping center there.

And there's going to be a protest rally tomorrow, at 2 PM: anti-construction activists are planning to appeal for help to UNESCO this time. 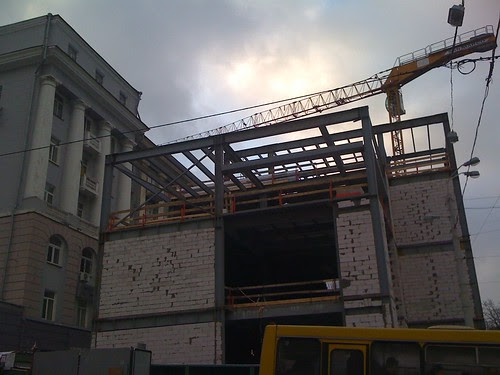 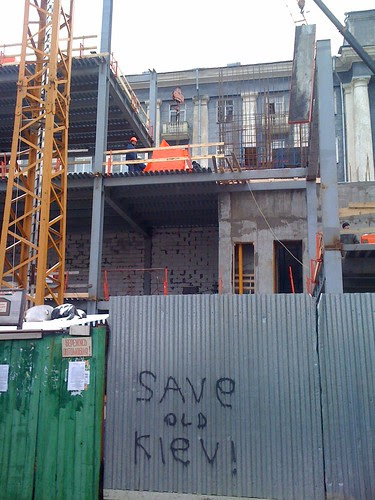 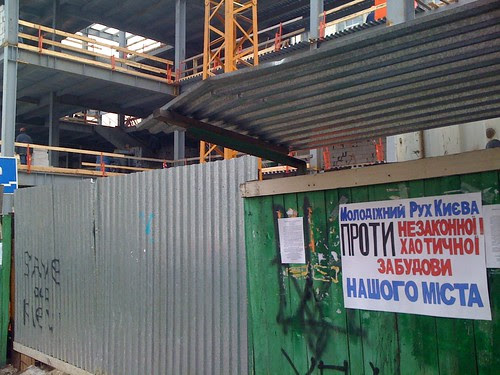