I've changed so much: in Istanbul, it's much more important for me now to locate nice playgrounds for Marta than it is to spend the day running around the city like crazy, taking pictures of pretty much everything I see. 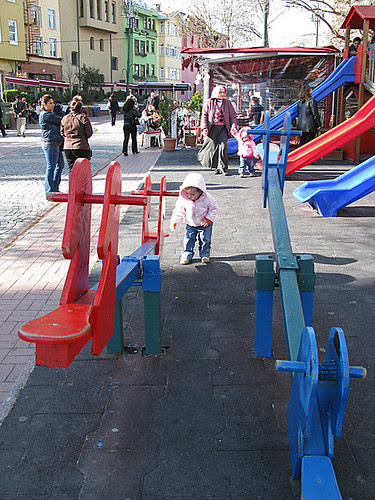 So far, the best place to take Marta for a walk is Ortaköy, even though it's very far from Sultanahmet and requires a switch from tramway to a cab in Kabataş. But there's a nice gözleme place there, in addition to a neat and lively playground, and gözleme has so far been the only meat dish that Marta agrees to eat: she's convinced herself that the minced meat inside the pastry is actually some kind of berries, and she demands to be taken there to eat what she calls "seba-katenya" in her funny (but ever-improving) language.

("Seba" is bread, "katenya" is berries. She finds it difficult to pronounce the "kh" sound - and this is why khleb sounds like "seba" - and my last name sounds like Syasyova. "Katenya" is from the dacha period - this is how she used to call kalina at first, but then extended the name to all berries.)

Internet connection in our room is very frustrating this time - I'm writing from the lobby now - but here's one picture of something that I can really relate to: 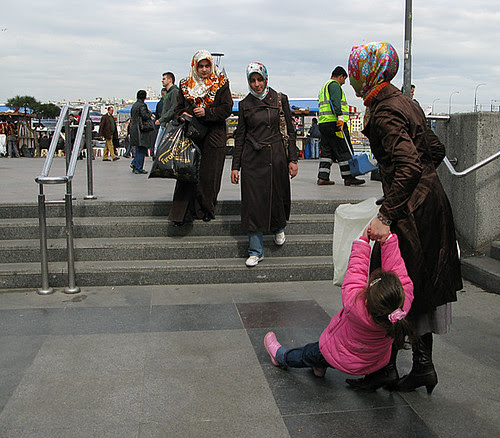