This United Russia ad across Nevskiy Prospekt from Moskovskiy Vokzal in St. Pete seemed way huge then - but compared to this campaign ad by Yuri Lutsenko at Livoberezhna this year, it looks pretty modest now... 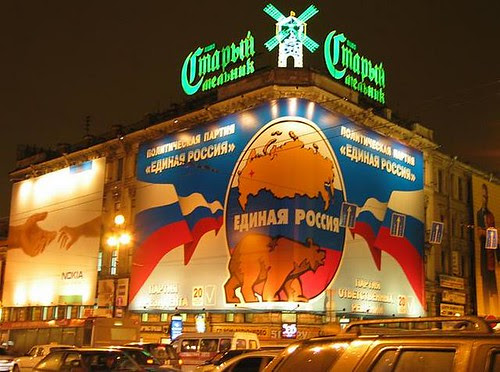 "The President's Party" - not much has changed since then, they've just taken it one step further... 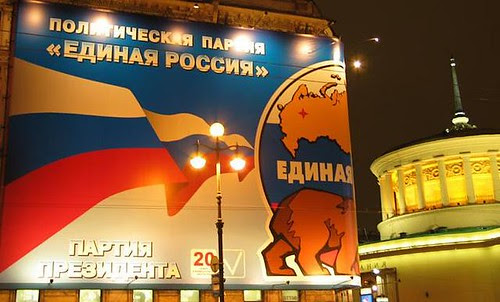 So I decided to buy myself roses today, and I asked the woman at the store not to bother with fancy wrapping; a newspaper would do. At home, I glanced at the paper and realized that there was no way to escape politics: it turned out to be a campaign newsletter of Vladimir Yudin, one of the local candidates.

I saw his name before, sometime in October, when the whole YUKOS thing had just begun. "Yudin, hands off Khodorkovskiy" - read the writing on the wall then.

The paper is full of Putin vs. Khodorkovskiy stuff, and other oligarch-related issues. It also touches upon the problem of communal apartments and offers ways to spend some 240 billion rubles, together. It's in my garbage can now.

The roses are doing great.

And here're two pictures from the set that I posted that day - both have to do with this Yudin guy and Khodorkovsky: 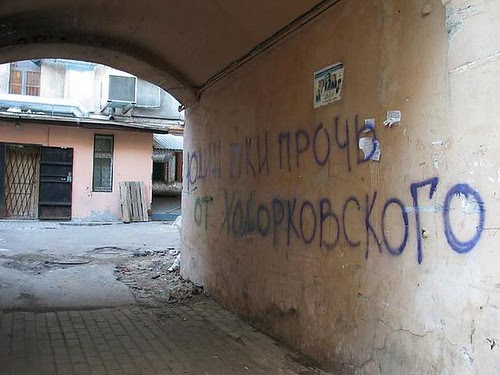 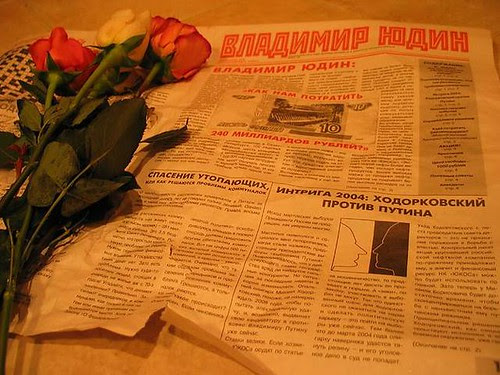 Looking back at this, and at the 2003 notes that I posted yesterday, it sort of becomes clear that in this part of the world it hurts a lot to be an optimist - and it hurts somewhat less to be a pessimist.