P.S. to the previous post: by "serious" I now mean stories in English and longer than your average Reuters/AP story. Conspiracy theories do qualify because they usually take up much space.

And here's one of Yushchenko's bullshit promises: the building on Hrushevskogo that he kept promising to tear down but never did - it looks almost ready for people to move in now. 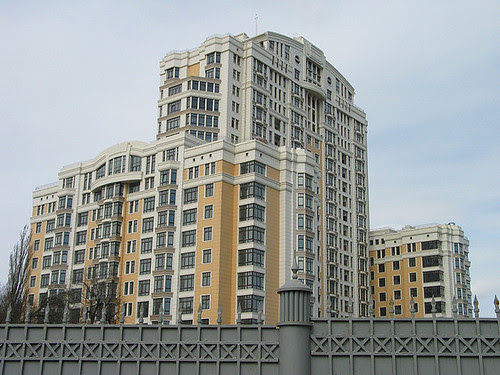 I remember being pissed when Yushchenko said the building would go not because those who decided to build it at that spot violated certain laws - but because Kyivites found it annoying.