Dark and quiet at Maidan around 9 pm. Lots of tents, some flags, a few dozen people. It's more crowded at the nearby Globus shopping mall (where a glass of freshly squeezed orange juice costs nearly $5).

At 2 p.m., Maidan was full of people, though when I got there, many were already on the way to the Presidential Secretariat (or whatever it's called now), on Bankova.

A dozen or so bio-toilets, urine leaking out, and two old women standing nearby, discussing a miracle:

Theirs is a Through-the-Looking-Glass Maidan.

They were watching us in 2004, and now we're watching them - and I dislike what I see perhaps as much as they disliked what they saw. 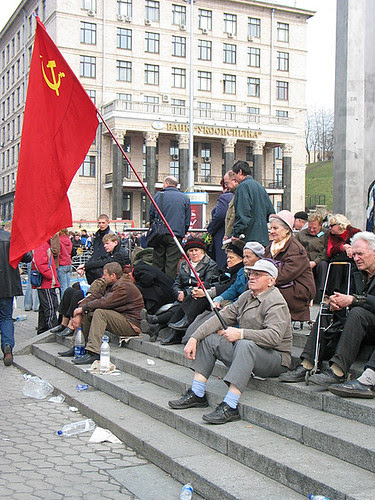 And I remember some people complaining in 2004 that the point of view of Yanukovych supporters was not properly represented - well, now they are in the spotlight and what they make of it is completely up to them.

From Through the Looking-Glass, and What Alice Found There, by Lewis Carroll:

They were standing under a tree, each with an arm round the other's neck, and Alice knew which was which in a moment, because one of them had `DUM' embroidered on his collar, and the other `DEE.' `I suppose they've each got "TWEEDLE" round at the back of the collar,' she said to herself.

Whenever the horse stopped (which it did very often), he fell off in front; and whenever it went on again (which it generally did rather suddenly), he fell off behind. Otherwise he kept on pretty well, except that he had a habit of now and then falling off sideways; and as he generally did this on the side on which Alice was walking, she soon found that it was the best plan not to walk QUITE close to the horse.

After three days spent around the poor old women and unwashed young men, it was pretty shocking to see Kaskiv, Lavrynovych and Rudkovsky near the Presidential Secretariat: all three were so shiny, in nice suits - like aliens. 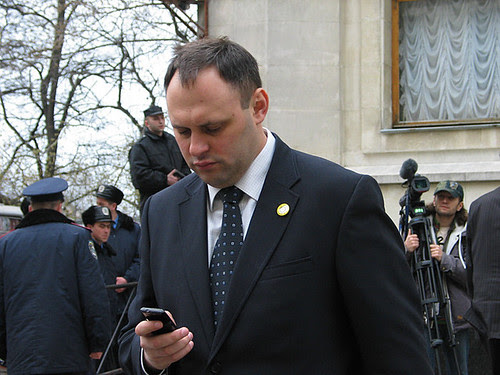 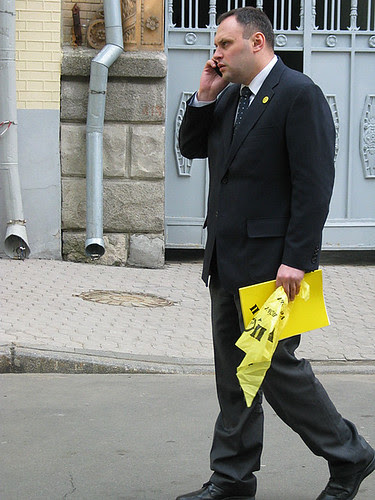 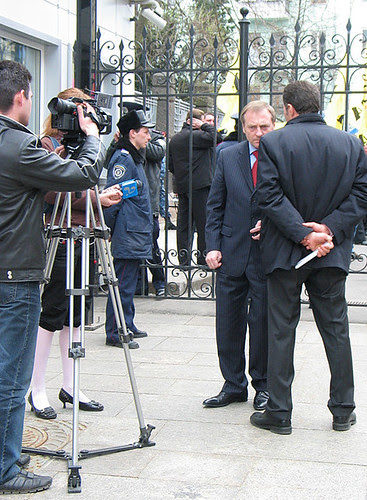 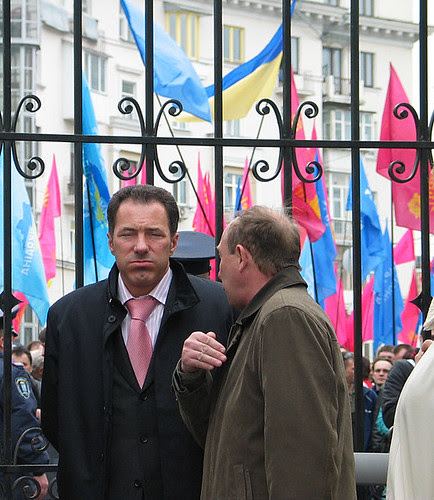 An old woman wearing an Our Ukraine flag as a headscarf asked me angrily who I was photographing for: "For Yanyki?"

I blame it on my blue sneakers, of course. 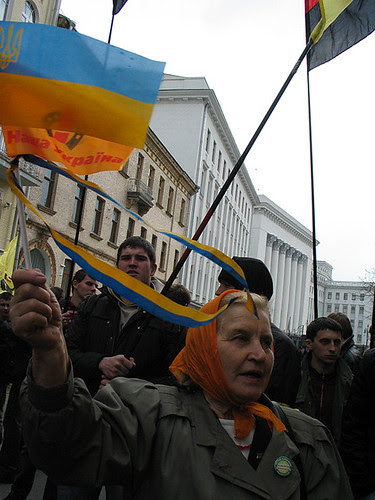 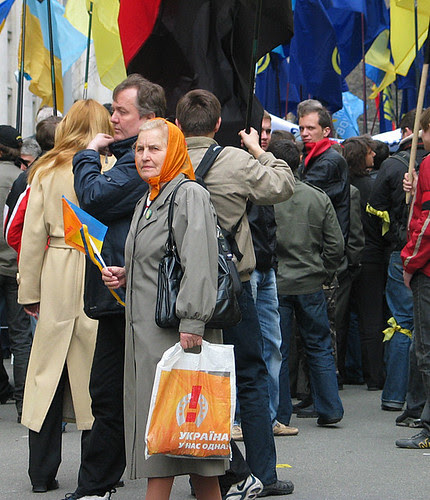