All pictures but the first two were taken from the back seat of a cab, on August 10, on the way back from Kyiv's center to Pushcha Vodytsya.

The first one was taken on a bus from Pushcha Vodytsya to Nivki metro station; the second one was taken from behind the Opera House.

The one below was taken when the driver wanted to cut a corner but got lost in the back alleys somewhere in Nivki; the word mriya (on the garbage container) means "dream" in Ukrainian: 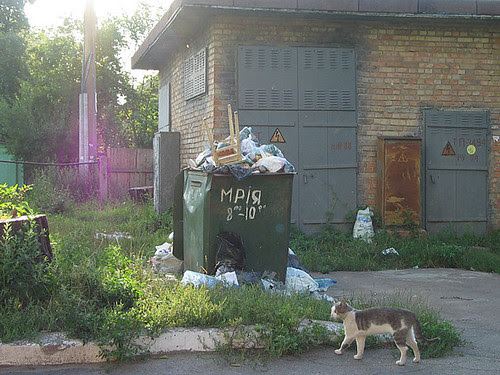