Photos from yesterday by LJ user litota_ are here and here. 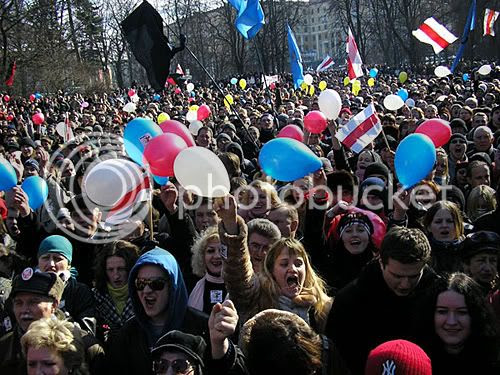 There's lots of commentary out there but I don't feel like translating any of it. What happened is best described by pictures: very brave people who don't really look brave, just cheerful, harmless, hopeful, NORMAL - and the police, the men who are no longer men but stinking pieces of shit after what they did with such an abandon yesterday.

There are also those who sit home and shit in their pants, pretending they like what their regime's doing. And those who aren't even pretending. The majority.

Belarus is the Soviet Union.

I'll be posting updates, but later.

Today's the election day in Ukraine. I've got tons of stuff on that and I hope to post some of it tonight.