Eugene Grabkin has posted wonderful photos from the square - here: 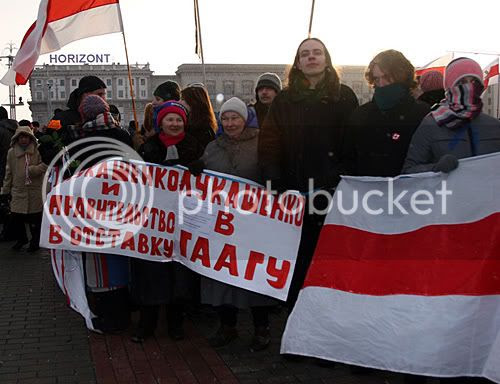 Eugene is asking (RUS) how one can get a press card:

I could even provide photos later. ;) Because people are asking where I'm from and what I'm doing?.. And what if I'm from the [state-owned Belarusian TV]?..;)))))

And here're the recommendations (RUS) he's received so far:

Make one yourself, write PRESSA on it, minsk_by and your nickname :)
it'll protect you from the people, I guess :)))

Yeah, write this on it:
Journalist working for the largest Internet publication www.livejournal.com