So he did catch a cold, after all, as I feared - and had to postpone his trip to Zaporizhzhya. Here's a screenshot of a Jan. 25 Korrespondent.net piece: 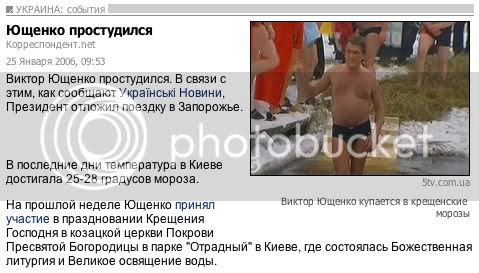 From this piece I've also found out that Yushchenko went to swim near the Cossack Church in Otradnoye - the neighborhood where my hospital is located. Mishah and I ran into that church during my last walk as a pregnant woman, the same walk when we ran into the sculpture named Marta...

This is the church: 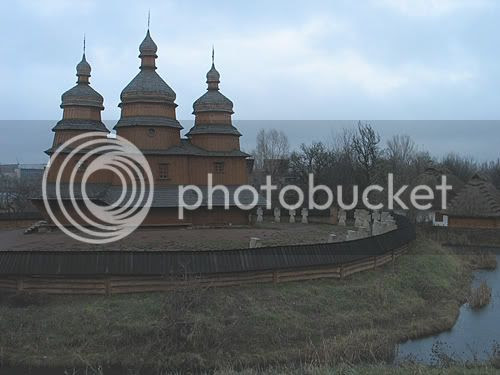 It doesn't look real, does it? I wonder what it's like inside - but it was closed when we were there, looked deserted in the gloomy weather of Nov. 30. It seemed so cold then - but compared to the day Yushchenko was running around naked, it must've felt like summer then.

Yes, but that park - and Otradnoye in general - is a weird place; I have no idea where they found clean water to swim in there.

There's also a windmill near the church - not sure if it works: 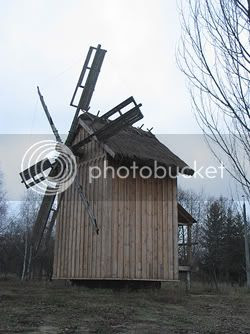 It's been almost two months, but when I'm thinking of that time now, it's like thinking of someone else's story, something I've read about someone else. Have I really been pregnant? Was there time when Marta wasn't around? Weird.